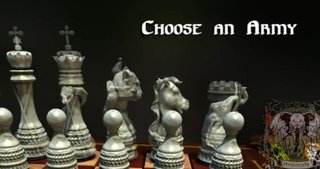 If you've been trying to play Chess 2: The Sequel with other like-minded chessists around the world, then you'll have been disappointed as the server has been taken down by court order.

According to the host (No-IP's is the name), "We want to update all our loyal customers about the service outages that many of you are experiencing today. It is not a technical issue. This morning, Microsoft served a federal court order and seized 22 of our most commonly used domains because they claimed that some of the subdomains have been abused by creators of malware. We were very surprised by this.'

Adding to the detail, according to game developer Zac Burns, "Microsoft issued a federal court order and seized the domain used for Chess 2: The Sequel."

The ISP continues in an official statement, "We have been in contact with Microsoft today. They claim that their intent is to only filter out the known bad hostnames in each seized domain, while continuing to allow the good hostnames to resolve. However, this is not happening. Apparently, the Microsoft infrastructure is not able to handle the billions of queries from our customers. Millions of innocent users are experiencing outages to their services because of Microsoft’s attempt to remediate hostnames associated with a few bad actors.

"Had Microsoft contacted us, we could and would have taken immediate action. Microsoft now claims that it just wants to get us to clean up our act, but its draconian actions have affected millions of innocent Internet users.

"Vitalwerks and No­-IP have a very strict abuse policy. Our abuse team is constantly working to keep the No-­IP system domains free of spam and malicious activity. We use sophisticated filters and we scan our network daily for signs of malicious activity. Even with such precautions, our free dynamic DNS service does occasionally fall prey to cyber scammers, spammers, and malware distributors. But this heavy-handed action by Microsoft benefits no one. We will do our best to resolve this problem quickly."