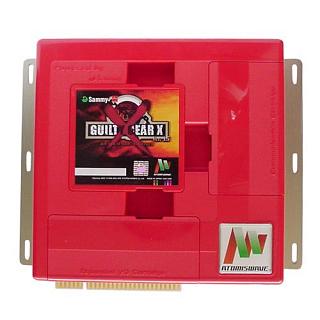 As we exclusively revealed earlier this week, Sammy and Capcom are partnering on an all-new 2D fighter, imaginatively titled Sammy Vs Capcom.

It was revealed at the JAMMA show yesterday that the game will run on Sammy?s Atomiswave arcade platform, which interestingly enough is still manufactured using modified Dreamcast stock backlogs.

Sammy stated that characters from all of Capcom?s fighting series can be licensed, naming various games including Rival Schools and Darkstalkers in particular.

Hugely interesting, we?re sure you?ll agree. Expect absolutely everything on this game, right here, before anywhere else!