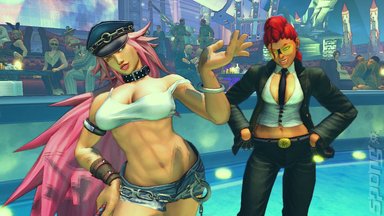 Capcom has released a couple of new Ultra Street Fighter IV videos for you to point your eyeballs at.

The first is the intro movie, which makes use of material from previous cut scenes while stitching in fresh scenes for newcomers Rolento, Hugo, Poison, Elena and Decapre.

The second video shows off some of the new features that are inbound, including YouTube uploads, team battles and red focus.

Just have a look, why don't you?