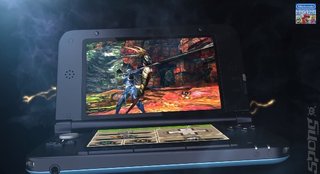 E3 begins and ends next week and rather than get lost in the noise, companies like CD Projekt and now Capcom are getting their trailers out first.

In Capcom's case we have the E3 trailer for Monster Hunter 4 Ultimate. The game itself is due out here in 2015 according to Nintendo's Nintendo Direct broadcast on Thursday. It launched in Japan on the 3DS in September 2013.