Allows users to stream both live shows, and archived content 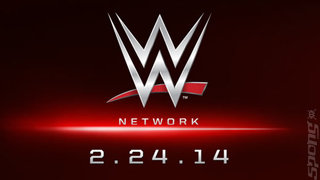 WWE has announced its new streaming service, 'WWE Network'. It's set for release on Xbox One, PS4, Xbox 360, PS3, PCs, tablets and smartphones.

The service is being advertised as a "24/7 streaming service", which will allow users to both stream live shows as well as catch up with archived content. It'll be available for a monthly fee of $9.99 in the US, but pricing for other regions hasn't been confirmed yet.

"WWE Network will launch with more than 1,500 hours of on-demand content, including all WWE, WCW and ECW pay-per-views," so says a statement on the service's website. "New, on-demand content will be added regularly."

The service is set for release in the US on February 24th, but it seems as though other regions have a wait on their hands. WWE says that WWE Network "is scheduled to launch in the United Kingdom, Canada, Australia, New Zealand, Singapore, Hong Kong and the Nordics by the end of 2014 / early 2015."

Don't want to go so long without a slice of WWE action? Why not check out our review of WWE 2K14 and decide if you want to pick up a copy?
Companies: Microsoft Sony
Games: WWE 2K14