Xbox One Snagged by Launch Fault 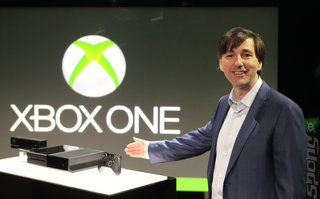 Microsoft's Xbox One appears to have its very own launch fault. A number of users are reporting that the machine won't read discs and that, furthermore, it makes a nasty grinding sound when a disc is inserted.

There are no hard numbers at the moment so it's just statistical noise at this point, but there's a fair amount of anecdotal evidence building. For one, sites such as IGN, GamesRadar and Polygon have machines afflicted by the issue. Kotaku, meanwhile, says it has received around 150 emails on the subject.

Microsoft has issued a statement on the matter and says it is replacing affected consoles. The comment reads: "The issue is affecting a very small number of Xbox One customers. We're working directly with those affected to get a replacement console to them as soon as possible through our advance exchange program. Rest assured, we are taking care of our customers.

"Customers have the option for us to send a replacement console right away without waiting until they have returned their old one. This means a customer only has to wait a matter of days, rather than weeks to get back up and running."

The PS4 has its own woes. Sony says there's no single issue affecting its machines, but that the PlayStation 4 has a failure rate of 1%.
Companies: Microsoft