Legendary creative involved in some way. 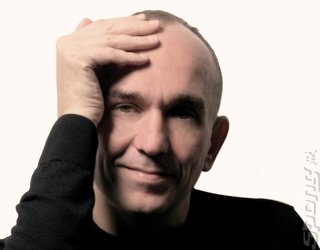 Peter Molyneux has teased that he could be involved in Microsoft's next Xbox reveal event in some way.

"There's this opportunity that's come up for me to be involved - it's not from Microsoft by the way - in the Xbox announcement, and I'm probably going to take up that opportunity," Molyneux told Eurogamer. "I'm sworn to secrecy here. It should be really good fun, and maybe slightly contentious."

But the creative was keen to stress that he won't be taking the stage at Microsoft's event ("I'm the last person they will want on their stage!"), nor is 22Cans making a game exclusively for the next Xbox ("I'm very firmly in the multi-device camp now, where it's mobile, it's PC and all formats and not kind of tying myself to one particular format").

So what could he be up to? And what about this life-changing prize in the centre of the Curiosity cube? You don't think... the Cube IS the next Xbox, do you?