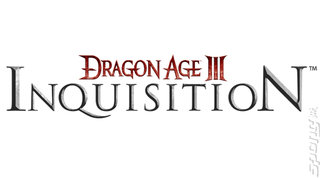 You read both the head and strapline correctly. Jennifer Hepler, senior writer on Dragon Age II chose to leave BioWare this week after her, and other members of the BioWare team received threats on their (and their families') lives.

When Dragon Age II was released, it wasn't particularly welcomed by a lot of hardcore fans, and as per usual, these 'fans' pulled out their big guns (or their keyboards) and opened fire (with their index fingers). Yep, as we've already mentioned, death threats were (and probably still are) flooding the BioWare forums as well as the Twitter feeds of game developers.

As if that isn't disgusting enough as it is, but these 'fans', these 'gamers' also made threats to Hepler's family, which included her children.

"I was shown a sample of the forum posts by EA security," she said "And it included graphic threats to kill my children on their way out of school to show them that they should have been aborted at birth rather than have to have me as a mother."

The catalyst for her abuse was her admitting in a six year old interview that she didn't enjoy combat in games. This caused fans to blame her for the unpopular changes made in Dragon Age II.

Alongside this, Hepler received abuse because of BioWare's sympathetic portrayal of homosexual characters, but on a brighter note, this also caused her to receive a lot of positive support from fans.

"The outpouring of support I received ? large amounts from female and gay fans ? was incredibly heartening," said Hepler. "Without the negativity, I?m not sure that I would ever have heard from all of these people confirming that there is a need for characters that tackle touchy social issues, for characters who are untraditional or even unlikeable."

This isn't the first incident of gamers threatening developers either, we reported about a CoD developers death threats last month.