We're going to a party tonight. 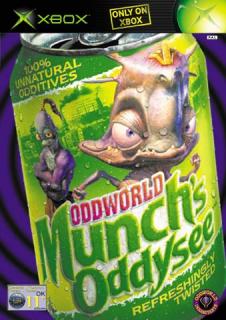 All Images (2) »
With the Xbox launching tomorrow, we will be in attendance at what promises to be one of the defining moments in European gaming history. The Xbox, essentially a graphically supreme PC in a box, is a one-of-a-kind machine, the likes of which the world has never seen. At a star-studded event held in Central London tonight (Wednesday the 13th) the machine will be unleashed on the UK market, complete with bells, whistles and fanfares galore.

We have also snagged an interview with Oddworld Inhabitants? Lorne Lanning, co-creator of the Oddworld series along with company CEO Sherry McKenna, in which we will attempt to find out what it was like to take part in the most shocking apostasy (look it up) ever seen in the games industry, that is, OI's defection to Microsoft from Sony.

All this and more tomorrow, so stay tuned!