No sign of Epic or Unreal Engine 4 at E3 this year though? 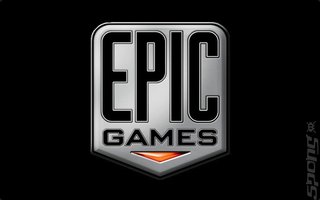 The creators of the mighty Gears of War franchise are at it again, only this time, there aren't any Locust involved (well, there might be, how should I know?).

According to Epic Games' job site, the new game will include "player progression, heavy itemization, and a dynamic economy". Neither Epic Games or Unreal Engine 4 was present at E3 this year, meaning that there are no major projects in the works at present aside from the PC game Fortnite.

You may be wondering why our source is Epic Games' job site, well, that's because Epic Games is looking for a Systems Designer to join one of two projects. One of the teams is working on an unannounced competitive online action game that includes player progression, heavy itemization, and a dynamic economy; the other is for Fortnite.

Apparently you?ll be working on the biggest most important systems and will have a hand in designing everything from economics and itemization to balancing combat mechanics.

"You?ll be responsible for general design, balance, rules, interface, etc. and will play an integral role in defining the outcome of the project."

Now, two of the required qualifications are: "Experience developing  best practices on building scalable and maintainable systems and be comfortable educating others as to their value" and "Experience with competitive multiplayer balance a plus", which suggest to us that this is going to be an MMO, and a big one at that.

Sounds interesting enough to me, we'll have more on this unannounced title as it unfolds.