PS4: All The Rumours, Rounded Up

See if any of these come true. 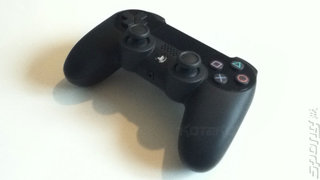 Image Credit: Kotaku
Sony will be revealing its next PlayStation home console tonight - and hype has reached critical levels. Over the last couple of months, a tonne of rumours and speculation has been published and discussed on the internet. We've collected a bunch of the most important ones, and listed them here for your reading pleasure. Check our livestream page tonight at 11pm to see if any of these become a reality.

In no particular order...

PlayStation 4 Could Cost Ł300 in the UK - Story
This is unlikely to be confirmed at tonight's event - pricing will be held back for another few months - but according to The Times, Sony is going to be pretty aggressive with its pricing. Considering the PS3 launched at Ł425, a Ł300 price point for PS4 would be most welcome.

It'll Be Powerful - Story
We won't go too much into the specifics here - you can read the story for that - but for those of you that get all excited about tech specs, this will be of interest. Sony's machine will be at least as powerful as Microsoft's next Xbox, according to leaked documents.

4K Resolution Support - Story
The PS4 is said to come supporting the eye-meltingly high resolution known as '4K'. It's not clear what this will mean for games - many PS3 games today still don't support 1080p HD - but at the very least (if true) this will mean decent video playback.

A Redesigned DualShock Controller - Story
Sony's next PlayStation will introduce a tweaked DualShock controller, likely in response to gamers with monstrous hands praising the Xbox 360 pad in favour of Sony's offering. As a result, it seems that the new controller offers more grip, bigger space between the analogue sticks and a number of other features including a touch pad and built in speaker.

The Share Button - Story
One of the more interesting rumours about the new DualShock controller is word of a special button that allows users to post gameplay videos (of up to the last 15 minutes, which is continually recorded on the system) to social media networks such as YouTube. Prototype images of the new controller do not detail such a button, however - but maybe Sony will yet surprise us.

Games: KillZone 4 and More - Story and Story
Sony is said to be revealing more than just hardware. Guerrilla Games is one of the big names attached to tonight's event, with whispers that the studio will unveil KillZone 4 as a PS4 exclusive title. Other first party studios, such as Media Molecule and Evolution, have also teased surprises or announcements.

Since these stories broke, it has emerged that other studios - first and third party - have express an interest in tonight's reveal event. Developers from DICE (Battlefield), Square Enix (Final Fantasy's Agni's Philosophy Tech Demo) and Sony Santa Monica (God of War) will all be present, suggesting that they may have something to offer on stage. Either that, or they're simply there for the after party.

The Last Guardian could be a launch title - Story
Former Team ICO director Fumito Ueda broke his silence on the troubled PS3 exclusive, just days before tonight's event. Rumours suggest that the timing of his statement could mean that the game is close to completion, and might appear during Sony's special conference.

Cross-Platform Connectivity - Story
Interactivity with the PS Vita is a given, and is likely to happen on the PS4. But Sony is reportedly also planning to offer connectivity with mobile devices such as smartphones and tablets. Such a feature would, apparently, allow users to chat to PS4 friends using their iPhones, and purchase content from the PlayStation Store without the use of a DualShock.

November US Launch, Two SKUs
Kotaku last night posted a fresh rumour that suggests that Sony will offer two versions of the console in North America, in time for a November 2013 launch. Prices of $429 and $529 have been reported - which flies in the face of The Times' Ł300 figure somewhat - but there is no info on how the two SKUs differ.

Online Services and Gaikai
Sony appears to have registered domain names for 'PlayStation Cloud,' according to CVG. In addition to this, Kotaku reports that the popular PlayStation Plus service will be replaced with a new subscription service called PlayStation World, which will hold "most" of the PS4's online features behind a paywall. Nothing to suggest that online gaming itself is affected, however.

As for Gaikai, Sony purchased the cloud gaming company for a massive sum, and it's assumed that such a service will be ready for PS4's launch, even going so far as to stream PlayStation 3 titles on the new console in lieu of hardware-based backwards compatibility.
Companies: Sony