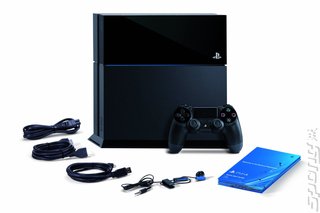 Just under a month since Microsoft announced an agreement with local Chinese company BesTV, Sony has announced that it's partnering with the Shanghai Oriental Pearl Culture Development Group (OPCD) to take Playstation to China.

This is excellent news for Chinese gamers, but mostly for the Shanghai Media Group, which owns both BesTV and OPCD.

According to Marketwatch, "Sony's partnership with OPCD will result in the creation of two companies: Sony Computer Entertainment (SCE) will be 70% owned by Sony and is presumed to be the software side of the operation, and Shanghai Oriental Pearl Sony Computer Entertainment Culture Development (it probably sounds better in Mandarin) is the hardware and sales side of the business and will be 51% owned by OPCD."

It also points out that, "The government now allows the consoles to be sold in the country but it will continue to censor or ban games that it believes are controversial or subversive. Earlier this year the country's minister of culture said, "We want to open the window a crack to get some fresh air, but we still need a screen to block the flies and mosquitoes."

We're sure that Sony won't give a damn for censorship laws however, as a slice of a $12b market (currently) will surely cheer currently depressed shareholders.
Companies: Sony