Molyneux Plans to Make "Only One More Game"

"It's going to be the defining game of my career." 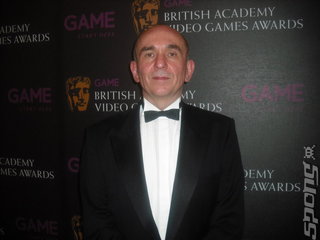 Expect to see only one more game from Peter Molyneux's vibrant and eccentric noggin in the future. The legendary developer has suggested that he may be packing it all in once his indie studio, 22Cans, finishes the big project that it is currently working up to.

Curiosity, the tap-happy mobile app that has users working collaboratively to destroy a huge cube, doesn't count. Neither will the (supposedly) 21 other experiments that will be launch between now and then. The results and analysis of these little projects will form the basis of Molyneux's final game - a game that has a name and some features, but no clear direction just yet.

"Could I sit down and describe it to you in full at the moment? No, I can?t," he added. "But that is my thought. We?re going to make a game, we?re going to learn what it is to make a game in today?s world, and it?s going to be the defining game of my career."