Richard Garriot makes the case for moving on 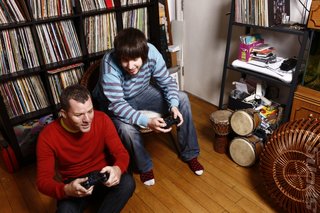 You're all DOOMED!
Former Origin Systems and NCSoft creative force, Richard Garriott is talking sense again. He's also got married to a lady called Laetitia de Cayeux and has changed his name to Richard Garriott de Cayeux, which is good.

So, having looked over the industry with the perspective of a man who started making games commercially and successfully in the late 1970s, Mr Garriott de Cayeux has a word to say about consoles. That word is: DOOMED.

Just how doomed? "... I think there may be one more round of consoles left, but not many", he concludes.

The reasons for this? Freemium, mobile gaming, the changing profile or gamers are just three.