Advertising muscle will win out 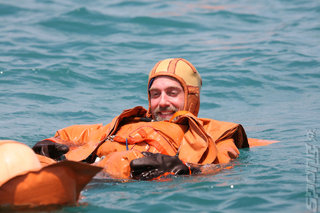 Ultima creator Richard Garriott - the man who won $28 million from NCSoft for being 'sacked in space' - has a social gaming portal called Portalarium. So far its released two 'casino' titles and has a new game coming up. Here's what he has to say about social games.

In terms of some of his competitors - we assume Popcap - "they've not only led the charge but they are evolving quickly and they're doing a brilliant job of it. I have respect and admiration for my already titanic competitors that are ahead of me."

However, the former Lord British is not totally happy with the market for social games, telling Gamesindustry:

"That being said, there's tonnes of small start-ups who we are seeing take lots of investment and lots of activity and large acquisition costs - who are creating, literally, junk. Stuff that people aren't playing that much and if you play it it's not much fun."

And on the future? "People that think we have the permanent door open of free distribution on the Internet and therefore viral is going to be the great permanent equaliser - it's just not true."

But why, "Advertising and distribution muscle is still going to win that day", he states.
People: Richard Garriott