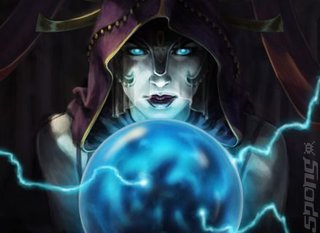 Back in the mists of time when video games were new, people like Richard Garriott would sit with his brother and father around their kitchen table putting floppy disks in baggies and sending them off to people who had paid $5 for the game inside. The game was Ultima the RPG. Now you can play it for free.

I know this is what Lord British (Garriott's gaming aka) used to do with his brother and his astronaut dad because shortly before the ground-breaking Ultima Underworld (and Strike Commander) came out - which was after EA bought the Garriotts' company Origin, I interviewed the great man. He had huge ambitions for the RPG then.

Well, now EA via Bioware is making it free-to-play with a beta starting now.

"The first great Western RPG has been lovingly restored in Ultima Forever - return to the Ultima series in BioWare's new cross-platform action RPG. Accept the challenge from Lady British and save the land of Britannia. Play as the Fighter or the Mage and travel alone or with friends, restore virtue and become the Avatar!" says the blurb.

It's got to be worth a look surely?