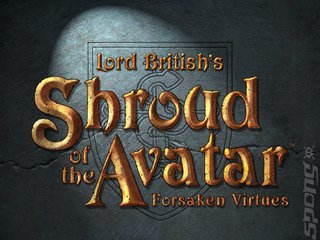 Kickstarter continues to be a powerful conduit for independent developers who are looking to build intriguing new games that otherwise wouldn't be possible via traditional funding methods. It also continues to be useful for millionnaires asking for a million dollars to make ambitious RPGs.

However you look at it, Ultima creator Richard Garriott's Shroud of the Avatar crowd-funding initiative has been a resounding success, generating over $2 million. And that's a good thing for all concerned, surely.

22,322 people threw in a few coins on Kickstarter to help reach Garriott's $1m goal, reaching a total of $1,919,275 - but support is continuing through the official Shroud of the Avatar website, where it has to date raised an additional $138,614.

The game is a single-player RPG set in a persistent online world. Players will be able to take their quest offline for a certain amount of time (so that you can play on the road) before reconnecting to the servers when you return from a trip to your gran's in the countryside. It will be available on Windows, Mac and Linux come October 2014.
People: Richard Garriott
Games: Shroud of the Avatar