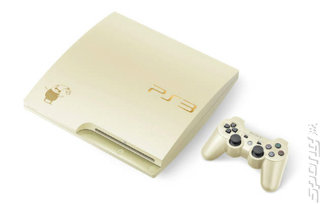 The Nintendo 3DS refuses to budge from the top of the Japanese Hardware Chart this week, thanks to the continued success of fantastic platformer Super Mario 3D Land. It seems that the phenomenal week one sales of Modern Warfare 3 wasn't much of a catalyst for PlayStation 3 console sales.

That doesn't mean that Sony's home platform didn't see a boost at all. Far from it - sales of the hardware nearly doubled from last week's figures, as did the PlayStation Portable. Media Create pins the rise to the introduction of new colours and Value models.

Level-5 released a Ni no Kuni PS3 bundle that sported a gold coloured system, while Sony launched Splash Blue and Scarlet Red colours to tempt customers. PSP enjoyed a new Red/Black Value Pack, firing up sales of the console and securing the re-entry of games such as Hatsune Miku: Project Diva Extend into the Software Chart.

Here's the hardware chart below - last week's figures are in parentheses.