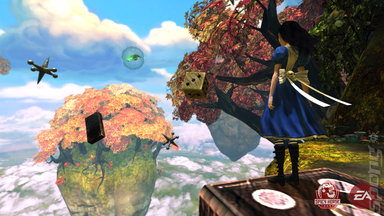 American himself says that the game based on the whimsical Victorian novel of surreal existential exploration " promises a deep and rich combat system that will test the powers of Alice's imagination."

Set 10 years after the original game the new version "sees Alice struggling to recover from the emotional trauma of losing her entire family in a fatal fire.