Even with someone's else's out of copyright IP, it's not a cert 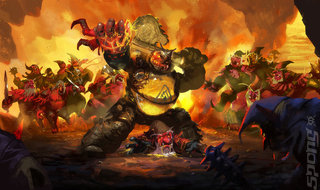 American McGee is best known for taking Lewis Carroll's characters and stories and 'reimagning' them in the form of video games such as American McGee's Alice and Alice: Madness Returns. American figured that he could use Kickstarter to make a new game based, this time, on a whole new IP. Not so.

When we say, "Whole new IP" we don't mean "Whole new to the world" of course, we mean "Out of copyright and up for grabs". The new title was a zombie-themed - of course- game based on L. Frank Baum's timelessly saleable Wizard of Oz. Sadly for gamers and for American's dev team who were after some $950,000 funding the idea failed. American tells us all why:

"The Oz campaign has to end. There are two realities driving the decision," he blogs.

"First, we?re facing a challenge with the Alice film rights. Since working to remove it from the Oz campaign we've been unable to launch it as a separate campaign here on Kickstarter ? the submission has been rejected multiple times and our appeals have failed (multiple campaigns are not allowed). To launch a campaign for the Alice films rights means we must first shut down the Oz campaign."

Yes, Alice in Wonderland - despite being an old book is not an old film and it has young thrusting lawyers.

Next, "Second, we wouldn't consider shutting down the Oz campaign if it were trending towards success. As it is, we've reached 15% of our goal with 20 days left in the campaign. Projections suggest we?ll hit 30% of our goal by campaign end. I've been telling myself to remain optimistic and see this thing through ? but when the reality of our funding trend is combined with the pressure of the Alice film rights situation..."

Basically, not enough people wanted to fund a zombie themed game based on the Wizard of Oz, and called... Oz Action Adventure.

Read more here... and let's hope American and his team can get a whole new IP turned into a game before too long.