Sakaguchi hints at unannounced details ahead of showcase. 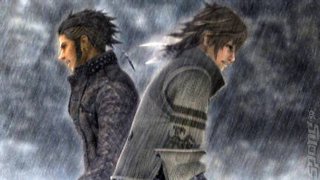 Final Fantasy creator Hironobu Sakaguchi has revealed that his latest project, Wii RPG The Last Story, will contain online team play modes ahead of a live presentation of the game on Monday.

The director revealed tidbits of information about the game on Twitter and let slip some details on just what the online features will entail. Players will be able to take part in group boss battles with friends, or fight against rivals in a "Team Battle Royal" mode.

Sakaguchi also provided details of what players can expect regarding the game's length of play time. A first-time playthrough will take around 30 hours, depending on whether players redo in-game quests or revisit dungeons. He explained that he wanted to keep The Last Story at a decent tempo throughout and allow the story to have a feeling of "denseness" within it.

Online functionality and additional elements have been noted as ways of keeping players hooked beyond the core storyline. Playing online will only require a save game file, allowing players to jump online once they reach the game's first save point.

The live presentation of The Last Story is due to be held on December 27th. Sakaguchi has reached out to his Twitter followers by asking what they want to see most - drama sequences or gameplay elements. Get your requests over to him sharpish, like.