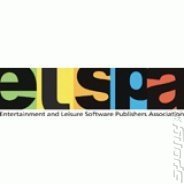 GI said that that ELSPA "aired a number of concerns to the government regarding the issue of cultural tax breaks for businesses in the region, warning against initiating that kind of relief for fear of damaging international sales."

That's based on documents published by GI.biz thanks to the Freedom of Information Act.

The comments were made in a three-page assessment to the government which otherwise supported TIGA's 68-page tax break proposal. During the time of the documents submission, late last year, ELSPA had gone on record to say that it saw no reason to take an "anti-tax relief" stance.

ELSPA said to the Department of Culture, Media and Sport that video games currently enjoy free trade status, but if it received protection as cultural goods, it might "allow countries to apply trading restrictions to protect their own locally cultural products and therefore to restrict free trade."

At the time, ELSPA only spoke on behalf of games publishers, which obviously operate on an international level. Granting cultural protection may limit the number of international products that companies may be willing to publish from the UK - or, it could make them pull out entirely. Developers, which are now covered by UKIE, might not have quite the same concerns.

"Any introduction of retail levies within the videogame industry would, from the publishers' point of view, erode any previous financial benefit derived from tax relief at the development stage, mainly because retail levies would apply across all products whereas only a percentage of videogames in development would be successful in obtaining tax relief," the document explained.

UKIE was contacted for comment on the released information. Director General of UKIE (and, at the time the papers were produced, ELSPA) Michael Rawlinson, said that it asked for clarification on whether getting cultural status for video games would mean restriction on international free trade. Once those concerns were alleviated, it fully supported tax breaks.

"UKIE was concerned that the any re-classification required to allow tax breaks might change the status of videogames from software and bring it within the scope of audio-visual and media classification, which might bring unintended and seriously damaging consequences for the whole industry."
Companies: ELSPA UKIE
People: Mike Rawlinson