The Agency Finally Coming in 2011 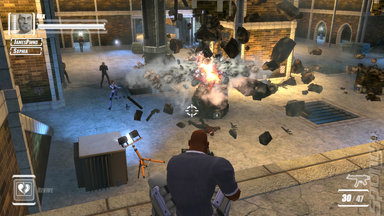 Remember The Agency? Go on, think back a really, really long way. There you go. Well, despite the fact that the spy MMO has been largely AWOL for the last few years, apparently it will be with us in the second half of 2011.

This comes from Kotaku, who have been talking to Sony Online Entertainment's president, John Smedley. He noted that there was a lot of work needed on the title, so the publisher held it back.

Discussing both The Agency and DC Universe Online, Smedley said, "There was a moment in time in our company where we looked at our own stuff with a clear eye and saw we have to do better. DC Universe was held for a year-and-a-half from when we wanted to launch it and now I'm very happy with it."

The Agency was originally announced in 2007 but, apart from the launch of a Facebook game earlier this year, very little has been heard of it in quite a while.

Like DCU Online, The Agency will be launched on both PC and the PS3.