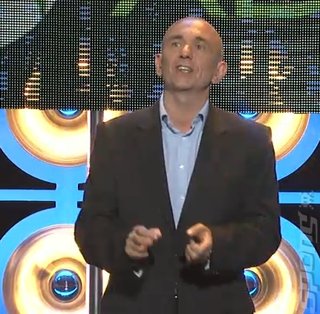 Peter Molyneux, Creative Director of Microsoft Game Studios, has told SPOnG that this year's E3 lacked the punch of 2009's conference, but that the gaming community might have unrealistic expectations.

Asked whether, in light of the lack of big announcements this year, the focus of E3 has shifted from being a podium from which to holler big announcements, Molyneux told us: "You're right... but, hang on a second, aren't you just expecting too much? We can't do this every year!

"We can't pull rabbits out of the hat every year and it is, because of the sheer number of people that are involved in E3 - hundreds and hundreds of people - it's very, very hard to keep a lid on all that. It's incredibly hard, because there's a lot of stuff going on. There are a lot of 'pre-announces' going on, so that rather than it leaking out it's actually controlled to be out.

"So, you know, I think last year, 2009, because I think Natal (now Kinect) did seem to come from nowhere, and it did seem to be very different. We all hoped for a similar rabbit this year and it wasn't quite there, I agree."

You can read that interview in full here.
People: Peter Molyneux

NatalSmatal 6 Jul 2010 01:29
1/1
But Peter, Natal didn't come from 'nowhere', it was inevitable that after the success of Nintendo's toy controller, both Sony and Microsoft were going to mimic the concept. Man.. Anyone who didn't have that on the cards last year was probably too engrossed in the pure escapism of 'Scene it? Twilight' - Exclusive to Wii and DS I might add..
Posting of new comments is now locked for this page.