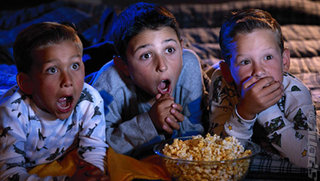 Peter Molyneux - UK gaming legend - has been speaking about how F2P games such as the recent remake of his own Dungeon Keeper by EA and Mythic for mobile devices are mistreating their own consumers.

Speaking at the Casual Connect Europe conference in Amsterdam Molyneux stated that, "We're burning through consumers, and we need to approach things differently if we want people to make this their hobby. You've all heard this idea that we're bigger than the movie industry and the music industry, right? That's bollocks." Why?

"Yes, we make more money than those industries - that's because we're fat greedy pigs ? but we're not as culturally significant as them right now, and we really could be."

One of the reasons for this is F2P use by some cynical companies. Says Peter, "What we're doing, however, is smashing consumers over the head with a sledgehammer ? we're punishing them for them for wanting things early. We're talking to them like children and we're beating them up by saying 'be patient or pay money'. That's not a delightful mechanic."

These quotes are why Peter Molyneux is still relevant. Speak it like it is Peter!