Tech demo fails to make it to shops 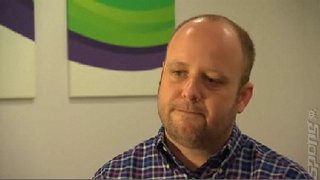 "Creepy Milo, you say?"
The "Kate and Milo" tech demo for what was Natal and is now Kinect will not be making it to your house unless you work for Microsoft or Lionhead.

The demo shown at E3 in 2009 and not reprised at E3 2010 to show the power of Kinect caused a mix of awe and mistrust with its display of either interaction or scripted action.

It appears that the demo will remain as a demo though. Microsoft's Aaron Greenberg told Australian ABC's Good Game TV show (in answer to the question "Where's creepy Milo?" that, "the Milo Project is something that Lionhead Studios in their labs had developed. Last year we unveiled the Project Natal technology, we showed a bunch of technology demos as part of that. And obviously that's a tech demo - a technology that continues to exist but right now it?s not a game that we?re planning to bring to market."

So, no Creepy Milo for you.