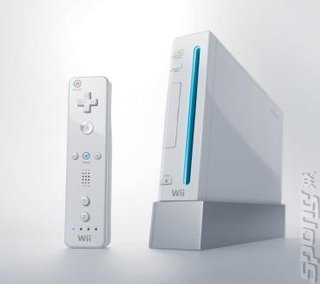 Nintendo's Wii has claimed the title of the most valuable brand in computer games, according to a Brandz Top 100 survey compiled by research group Millward Brown. It leads the charge of a transformation of the industry from "toys for boys to entertainment centres for individuals and families."

On the overall brands chart, Nintendo ranked the 32nd most valuable global brand - no doubt helped by its DS handheld following close behind the Wii's brand leadership. Although the Xbox 360 came third on the game console-specific rankings, Microsoft as a whole achieved fourth place on the global report.

Sony was ranked #94 overall, with the PlayStation 3, PSP and PlayStation 2 taking fourth, fifth and sixth places on the games brand list respectively.

It was noted that the impressive showing of computer game brands proves that the industry is appealing more to the mass market. The report said that Rock Band, Guitar Hero and SingStar helped sell consoles, and increased mainstream coverage has placed the medium into the realm of home entertainment rather than technology.

The full computer game ranking is as follows;