Microsoft's Greenberg: Xbox 360 Can Do All Games

Even God of War III 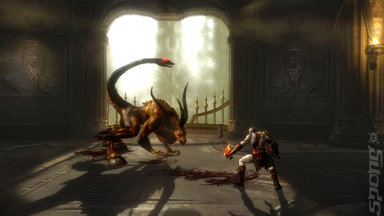 Microsoft's Aaron Greenberg is a master of staying on message, to the extent of occasionally not actually answering a question as posed. It's what he does. However, at GDC he did answer one question as directly as possible. The question: "Do you think games like God Of War 3 can be done on the 360?"

This was posed to him by Torrence Davis of Bitbag. Greenberg's response:

"We have proved over the years, that all games can be realized on Xbox 360. Just look at titles like Final Fantasy XIII, Forza Motorsport 3, Gears 2, and Modern Warfare 2 on Xbox 360? These games and our leading online experiences demonstrate that Xbox 360 is the most powerful games and entertainment console in the market today."

Svend Joscelyne 12 Mar 2010 10:12
1/3
I like how he totally does not even answer the first question, about what he thinks about Natal in comparison to PS Move.

Spoonmaster 15 Mar 2010 08:51
3/3
I think he's on a hiding to nothing using FFXIII as a representation of the 360's superiority, seeing as it's inferior to the PS3 version in every tangible respect.

Also, if the 360 reproduce God of War's level of technology, why hasn't anybody done it yet?