PSP is the one that comes out on top. 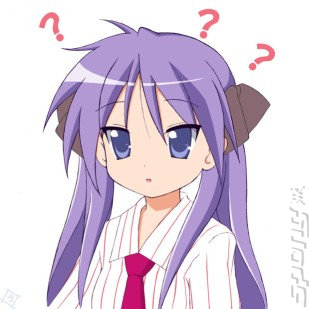 Yeah, we're just as confused as she is.
Dragon Quest VI sold nearly a million copies in Japan this week. So naturally we'll be seeing the Nintendo DS dominate the Media Create hardware sales chart (25th - 31st January 2010), right? Wrong. Despite having no new games this week, the PSP beats any of the DS iterations to the top of the handheld and all-platform chart.

Even though sales for DS Lite, DSi and DSi LL increased over last week's report, it still looks like a meagre performance to accompany a title such as Dragon Quest VI. Seems like most of those 900,000-odd people already had a DS to begin with ? perhaps it has finally hit its saturation point? No wonder Nintendo is hard at work building its next handheld.

Elsewhere, the PS3 rides high on a sales increase, thanks largely in part to games like Ar tonelica III, MAG and End of Eternity (Resonance of Fate over here). End of Eternity helped give the Xbox 360 a little lift too, helping it break 4,000 units this week. The Wii still remains on top of the console chart despite a drop in sales.

The PSP, with no new games this week, suffers a drop in sales too, yet remains king of the handheld ? and all-format ? chart. The PSP Go also sold fewer units than last week, but we don't want to talk about that poor little thing. It breaks our hearts to see the guy in the state he's in. It's too cruel!
Companies: Microsoft Nintendo Sony