Tanya Byron on Board for New Game Rating System 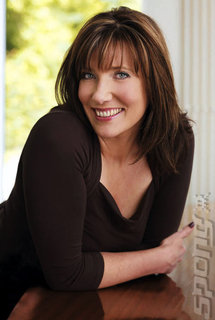 The Video Standards Council is getting a reshuffle ahead of the implementation of the games ratings guidelines listed in the Digital Economy Bill, with Dr Tanya Byron standing in as a member of its newly established Expert Advisory Panel.

Other restructure changes include the appointment of former chief constable of Lincolnshire Police, Tony Lake, as the VSC's second vice-chairman, and former director of the Family and Parenting Institute, Mary MacLeod, as a member of the board alongside ex-NSPCC's Chris Atkinson.

So what does this all mean? With instances of the Digital Economy Bill being introduced later this year, the VSC will ?have the ability to effectively ?ban? a video game from supply in the UK if it infringes the limits set out in the law,? according to chairman Baroness Gillian Shephard. ?Any such decision will not be taken lightly and will involve a number of legal, clinical and psychological issues.?

So games can get banned now. ?Hooray,? we hear you groan discontentedly. But to help the VSC out, it has established an Expert Advisory Panel to call on for assistance in such matters ? a panel which, thankfully, Dr Byron is announced as a member.

Dr Byron is the author of the famous Byron Report that focused on violent video games ? if any high profile name in politics has the clout to defend adult's rights to enjoy games, it will be her. She joins Australian author Geoffrey Robertson QC and media violence specialist Dr Guy Cumberbatch.

Nick 16 Jan 2010 01:07
1/1
I'm glad you decided to write about such an interesting topic. I think people may find the site videogames.procon.org interesting. There you will find numerous arguments on both sides of the issue "Do violent video games contribute to youth violence?" as well as pdf's of many academic articles.
Posting of new comments is now locked for this page.