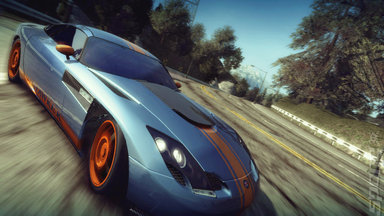 Back in December 2007 the UK government launched a review into 'harmful material' in video games and the Internet. Now, nearly eight months later, the government is announcing, "A consultation on ways to improve how video games are classified" as an off-shoot of that review and that of Dr Tanya Byron.

As far as we can see, this new consultation could already represent a U-Turn on behalf of a confused government. Or it could simply be a pointless waste of public money.

Why? Simply because the UK government in the form of at least two ministers have already stated that it supports and will push through game rating classification recommendations made in the Byron Report.

On July 14th, Vernon Coaker clearly stated, "The Government have accepted all of the recommendations arising from the (Byron) review and are currently planning for their implementation."

The Byron review stated: "That the BBFC and PEGI work together to develop a joint approach to rating online games and driving up safety standards for children and young people in the games, under the auspices of the UK Council for Child Internet safety."

The new consultation sees, "The Government... seeking views on four options for video games classification. Those options are for:
* a hybrid of the current BBFC and PEGI systems, with a legal requirement for the BBFC to rate all games suitable for players over the age of 12;
* a system using only BBFC ratings;
* a system based solely on PEGI ratings, but enforceable by law; or
* a continuation of the current arrangement, backed up by a code of practice to ensure that retailers and suppliers comply with the system."

According to minister of State, Margaret Hodge, "We have also seen a big growth in games aimed at a grown-up market, which invariably include scenes unsuitable for young people. The games market has simply outgrown the classification system, so today we are consulting on options that will make games classification useful and relevant again.?

ELSPA - the UK's industry body representing game publishers (unlike Tiga, which represents developers) - has been quick off the mark and has continued its advocacy of industry self-regulation via the PEGI system.

Michael Rawlinson, managing director of ELSPA, commented, ?We agree entirely that there should be a single ratings system for interactive games because it?s the only way that we can ensure that parents understand how videogames ratings protect their children, both on and offline, now and in the future.

?We believe the PEGI (Pan European Game Information) ratings system is the only one that truly protects children, understands the interactive nature of rating games and is the only system endorsed by the games industry. It offers a strict classification system, based on international standards and detailed criteria which is scaleable and robust enough to cope with rating the explosion of gaming content that is becoming available online everyday and is the only system that is truly international.?

All strong support for PEGI - which is effectively self-regulation by the industry of the industry. The upside to this is that the industry's best interest is served by not confusing ratings and attracting negative publicity for poorly structured systems and unnecessary controversy.

The downside is that self-regulation could lead to anaemic game releases that are built to appease all European tastes. Bear in mind that Germany has far more stringent views on game content censorship than the UK. Indeed a truly pan-European system could lead to games that are only set for release in one or two countries having to face ratings decisions based on the tastes of all.

ELSPA also appears to have jumped the gun slightly, assuming that the review has reached any conclusions. Rawlinson states, ?Whilst we respect the decision that the Select Committee has come to, neither we nor the games industry, which we represent, think it adequately covers the key recommendations of the Byron Review, specifically in relation to the protection of children.?

As far as we are aware, the DCMS report has come to no conclusions other than to start another consultation. It is possible, however, that ELSPA's disappointment regards the caveat in the option that refers to a PEGI-only system of game classifications. As we've already noted, that says:

"a system based solely on PEGI ratings, but enforceable by law".

It could also be concerned that Hodge has already expressed her support for the BBFC over PEGI.

Or it could be concerned that the government has already, according to Vernon Coaker, stated its support. If that wasn't quite clear enough, Ms Hodge confirmed that the government already agrees with Byron, stating on June 5th, "Details of the consultations are not yet finalised. The purpose of the consultation exercise is to take forward the recommendations in the Byron Review, not to repeat the analysis Dr. Byron concluded for her report."

So, are ELSPA and PEGI actually fighting a losing battle? Is this new consultation pointless and a waster of public money if the government supports the notion of the BBFC and PEGI collaborating? If not, we can hear the sound of a screeching handbrake turn that would go down well in Burnout Paradise.