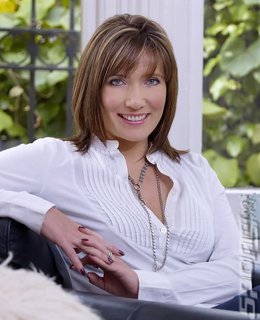 Dr. Tanya Byron
The UK government is dragging its heels over implementing the recommendations of the Byron Review - specifically a new game rating system.

Speaking in a House of Lords debate yesterday, Lord Adonis, the Parliamentary Under-Secretary (Schools and Learners) for the Department for Children, Schools and Families, said:

"My department and the DCMS have now accepted all of Dr Byron's recommendations and we will act immediately to take forward her proposals. We will, for example, put in place a simpler and more coherent classification system for rating video games, bringing the system into line with video classification and making it easier for parents to understand."
?

Great stuff! Except... back on March 27th, a government press release told us, "Ed Balls and Andy Burnham today welcomed the Byron Review of the risks to children of potentially harmful or inappropriate material on the internet and in video games. Accepting all Dr Byron?s recommendations, they pledged to act immediately on taking forward her proposals." (SPOnG's emboldening).

So, after a month the government is still planning to act "immediately"? What, we are forced to wonder, counts as 'immediate'?

Prior to the release of the Byron Review findings, SPOnG was concerned that the recommendations would be welcomed with a warm fanfare and then nothing would happen. It looks suspiciously like that is exactly what is happening.

This, remember, is from a UK government that managed to implement changes to the 10p tax rate in a matter of days following bad polling.

It's like being awake in daytime, but without the sun.