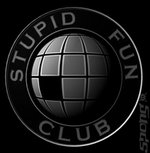 Sims and Spore man, Will Wright, has said that we're going to have to wait anything between six months and a year until the first product from his Stupid Fun Club company is ready.

He tells Venture Beat, "Our first product could be commercialized in six months to a year".

Wright set SFC up in April of this year as he signalled his split from Electronic Arts and pure games development.

During the interview he hints at new games, or rather concepts because, while "I feel we are still in it (the video games industry) because a couple of projects are games. We are (also) taking the games industry into other areas. We are expanding what we call the 'play industry'. Games are limited in some ways. Play can be applied to so many different kinds of experiences."

Fortunately, he's also been able to bring some of the people who used to work at Sims and Spore developer, Maxis before recent layoffs, with him too. "Yes, a few. Just about everyone working here, with the exception of one or two, are people I have been working with for more than 10 years."