And the greatest quote ever. 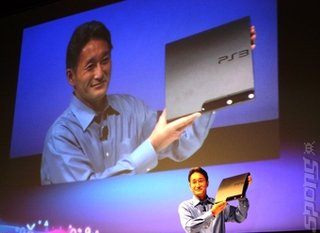 Microsoft's Aaron Greenberg seems unenthused by both Microsoft and Sony's recent price cuts, "I don't believe the price cuts that both companies have made will impact the market dynamics too dramatically in the long term," he says in a recent interview, "We typically see a month or two of lifts and share adjustments, but then things tend to settle back to roughly the established market ranking."

However, for the short term, he appears quite happy.

"We do, however, expect that these new lower prices will bring in more consumers that were potentially a bit resistant to the previous pricing in place."

We'll finish with possibly one of the greatest non-ironic quotes ever:

"My title is director of product management for Xbox 360 and Xbox Live, but I'm not sure that tells you very much."