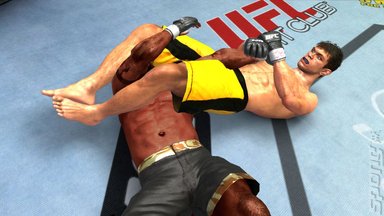 "THQ will purchase substantially all of the assets used in connection with and arising out of the operation of the video game design and development studio operating out of the Registrant?s San Diego, California facility". So says a recent SEC filing.

The filing continues, "with certain exclusions, including, but not limited to, the TNA iMPACT! video game (the 'Excluded Game') and certain third party licenses related to the Excluded Game." This means, in effect, that THQ has bought the development talent and studio location but (as far as we can see from the filing) none of the Midway licenses.

So, THQ has paid $200,000 for the studio. On the additional good news front, "THQ extended offers of at-will employment to at least forty employees at the CA Facility as of August 4, 2009 on terms and conditions at least as favorable as their current terms of employment and, pursuant to the terms of the Asset Purchase Agreement, shall have reasonable access to the Registrant?s employees to conduct additional interviews and, in its discretion, offer additional employment. "

Julie MacMeden, vice president of corporate communications at THQ, stated "As the leading publisher of fighting video games, we saw this as a good opportunity to strengthen our team dedicated to this important and growing business. We also liked the team's successful history of developing arcade-style wrestling games."

Following the success of UFC 2009 Undisputed and, of course, the impending release of the next WWE Smackdown vs Raw title, we'd imagine that THQ can see a big future in more fighting games.
Companies: Midway THQ