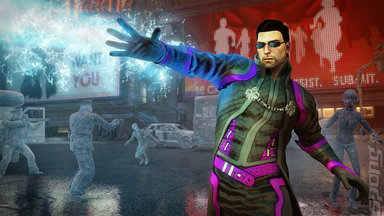 E3 2013
So, it's officially "Farewell then THQ" as the long, drawn out saga of the sickness, pain, death, then post-mortem vulture fest of the once grand company grinds to a turgid close in a court in Wilmington, Delaware, USA.

According to U.S. Bankruptcy Judge Mary F. Walrath, with its bones picked clean of IP, THQ "has met the burden of establishing that the plan should be approved, and I will confirm it."

Bloomberg reports that THQ, " failed in its bid to survive the bankruptcy intact with a proposed sale to Clearlake Capital Group LP. Instead, most of its assets were sold to competitors at an auction in January, bringing in about $72 million. Unsecured creditors had argued the sale process was too fast and piecemeal offers could create more value.

"The company sold the assets remaining from the January auction, including its Darksiders franchise, for about $6.6 million, according to an April 22 statement."

That's the USA-based company done and dusted. In terms of the European subsidiaries, "THQ has asked for the subsidiaries? claims to be subordinated so they don?t have to go through the process of paying them only to have any surplus paid back after the subsidiaries? liquidations are complete, which the company claims could take two years. Walrath will consider the dispute at a hearing set for Aug. 19."