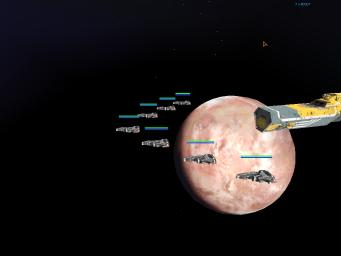 THQ is going through one of those death scenes from a particularly bad leading man in a terrible movie... it just goes on and on and on. The latest slices taken out of the still fresh corpse are: Darksiders, Homeworld, Red Faction and MX vs ATV.

Gearbox, which has chucked out a few less than fabulous games recently - as well as the hugely popular Borderlands - picks up Homeworld and says this about it:

"Brian intends as first priority to direct Gearbox's interest to preserve and assemble the purest form of the original acclaimed and beloved games, Homeworld and Homeworld 2, with the intent of making them accessible on today's leading digital platforms."

Yes, we thought that read as if it had been translated from Dalek into English... it comes from here.

In terms of Darksiders, Red Faction and MX vs ATV, well Nordic Games has picked those up. According to IGN: