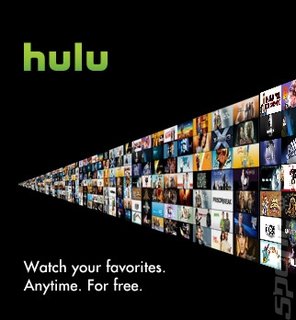 The movie service Hulu ceased to work with the PlayStation 3 over the weekend in the United States. Could the reason be a new partnership with Microsoft?

Revolution magazine reports that, "Microsoft will provide consumers with personalised content and advertising across all media platforms within three years, claims a senior company executive."

The executive in question is Scott Howe, corporate vice president of advertiser and publisher solutions, who told the mag that Microsoft would be using a 'decision engine' base on Bing, and that "The wheels are in motion and we've already started collapsing our ad platforms together."

Of course the tie-in with Hulu, and its cessation on the PS3 could simply be cock-up rather than conspiracy.

Are you in the States? Can you access Hulu now?

" Sorry, currently our video library can only be streamed from within the United States

Hulu is committed to making its content available worldwide. To do so, we must work through a number of legal and business issues, including obtaining international streaming rights. Know that we are working to make this happen and will continue to do so. Given the international background of the Hulu team, we have both a professional and personal interest in bringing Hulu to a global audience."

I have a ps3 on principle because im not going to pay to use my own paid internet connection to use my games system. Microsoft can take that xbox and shove it straight up their a$$.

There are 9 million other sites just like hulu.com on the web. if hulu doesnt fix this then we are all gonna usher the next big deal. I have some names... how about TRUBLU.com

looker 29 Jun 2009 20:56
4/16
NO! - YOU SOUND LIKE A BIG "BABY". Perhaps epsn insider and other paid internet services should be free also right. I mean since you have a paid internet connection. Or perhaps you ISP should be boycotted for charging you for the "free" internet.

teets 29 Jun 2009 21:21
6/16
@looker: I'm guessing when you pay for stuff on ESPN Insider, or other like services, your actually paying for "content" rather than "the ability to game online with your friends". I'm with NO! on this one. Stop charging for Xbox Live and I'll buy an Xbox 360 the following day.

Jakey 30 Jun 2009 00:10
7/16
Those BASTARDS! They should burn in hell. I mean Microsoft, who's already in partnership with the devil. Oh, and all the supporters of the 360, God will never forgive your sins, you will burn for cursing that little gay 12 year old on CoD4 because CoDWaW sucks so bad that nobody wanted to play it anymore so they switched back because nobody wants to play a damn game about World War 2 again, I should know--I'm Jewish--thank you for wasting 12 minutes of your life because you're too retarded to actually read at a normal scale with an IQ of 2. Your welcome.

Oh and the console war is a figment of your imagination. He he he flame me now feed me xD

DrkStr 30 Jun 2009 12:26
10/16
Suggesting such a tie up in your title is just irresponsible reporting wrote:
There is not a shread of truth to this guess.
And you know that how? You must work for MS or hulu!

Suggesting such a tie up in your title is just irresponsible reporting 30 Jun 2009 16:15
11/16
@DrkStr You accept that it's nothing more than a guess then. Occam's razor calls bullshit to it.

So how does xbox do it?

Fido 30 Jun 2009 23:34
14/16
Suggesting such a tie up in your title is just irresponsible reporting wrote:
@DrkStr You accept that it's nothing more than a guess then. Occam's razor calls bullshit to it.
Occam's razor says that tvs work by magic too. Who you gonna believe?

scy 1 Jul 2009 19:38
15/16
@NO!
Dont make me laugh. I thought it was Sony who charged for Beta versions GT5 anyone?
But don't worry, when the full game comes out ( another year? ) you will be able to buy the same content again and explain that the game is worth the full price cos they have added a few extras.

ArthurD 18 Jul 2009 14:15
16/16
@Huh??
No, there is huge a difference between a one time fee and nickle and diming people for all they are worth. Sony charges a bit more up front, but Microsoft wants to own you for life.
Posting of new comments is now locked for this page.