Have Nintendo and Sony swapped places? 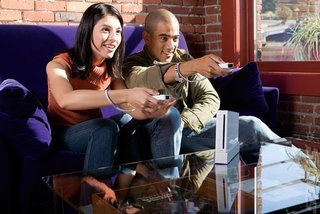 A closer look at NPD figures for console sales in the US suggest that the Wii is on track to beat the PlayStation 2's lifetime sales figures and become the best-selling console ever. Meanwhile, the PS3's performance is looking worryingly close to the GameCube's.

Looking at the first 26 months of the Wii's availability in the US, it has sold 17.5 million units. That's 10% more than the 15.9 million PS2s Sony sold over the same period in its lifespan.

By comparison, Sony has sold 6.79 million PS3s over the same period. That tracks at only slightly better than the GameCube, of which 6.75 million were sold over its first 26 months of sale. It looks suspiciously like Sony and Nintendo have switched places.

Not forgetting the Xbox 360 of which there were 9.2 million units sold over its first 26 months ? a little over half the Wii's numbers but an 18% improvement on the original Xbox.

That does, of course, depend on the Wii's lifespan reaching into 2014, with its popularity holding.

This doesn't mean, of course, that things necessarily look terrifyingly bleak for PlayStation. The GameCube was profitable, if an under-performer. The gaming audience is also growing, making coming third in this generation a better proposition than doing so in the last one. Sony has also stated repeatedly that it wants a 10 year lifetime for the PS3 - a period that should enable it to outsell the GameCube over its own lifespan.
Companies: Microsoft Nintendo Sony