Let's get the Canadians! 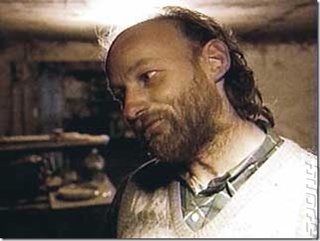 Evil Canadian: "Robert "Willie" Pickton".
Mr Gordon Brown's government has released a policy document that says something positive about the UK video game industry, while damning it with faint praise at the same time.

The Department for Culture Media and Sport (DCMS) has launched a paper entitled 'Creative Britain: New Talents for the New Economy'. According to the department this, "...documents 26 commitments, which outline how the Government will take action to support the creative industries".

Words like 'commitments', 'action' and 'support' fill SPOnG with great hope and not the slightest smidgeon of cynicism that this is just another piece of rhetoric put out there to give Margaret Hodge (Minister of State for Culture, Creative Industries and Tourism) something to write a forward to.

Inside the document (which you can download from here) the following mentions are made regarding UK video games makers:

"The commitment to identify the barriers to investment in next generation broadband. In addition to growing consumer expectations, innovative new services like online video games, video and music distribution and user-generated content are set to expand, government is to ensure that where possible it takes action to remove constraints on future development of the market."

Okay, that's the broadband industry covered. Oh, of course, video games get a mention as a driver for broadband.

Next up is a commitment to "Increase awareness of the current R&D tax credit scheme and investigate how to make it more user-friendly for small businesses, with a particular focus on the video games industry."

So, the government is not going to extend the current system; it's not going to actually deal in cash. No, it's going to make sure that 'small businesses' are aware of it. Let's translate that to, "That small shack where you all live out on the moor is going to have a better signpost and a bigger hole in the wall to get in and out of?"

It also indicates exactly where the UK government places an industry that should never have been left to decay in the first place. It's official, the UK's video game industry is now "small business".

Responding to the document, Paul Jackson, Director General of ELSPA, has said, "The Government?s commitment to bring creative industries from the margins to the mainstream of the economy and policy thinking shows a marked change to the government?s attitude towards creative industries which can only be good for the games sector.

"We are very pleased Andy Burnham (Secretary of State for Culture, Media and Sport) linked the idea of Film credits to support for the videogames development community. Whilst we are very different in terms of content we face many of the same issues."

We're not entirely sure what the marked change actually is, however, because - as stated - the commitment is merely to "Increase awareness of the current R&D tax credit scheme". This suggests to SPOnG that the scheme was already available to UK video game makers. We are seeking clarification of this issue.

There is one final mention of video games worth a mention:

"Globalisation offers many opportunities to the creative industries and we welcome competition which often drives improvements in quality and efficiencies in industry. However, the UK must take the lead in opposing practices that unfairly distort competition."

And who is the major enemy? Is it countries that offer tiny wages? Is it protectionist outposts such as the United States or France? You may recall that former Sci/Eidos head, Jane Cavanagh told us who the enemy is back in April last year) - yes, blame Canada!

"That is why, for example, we will be working with our European counterparts to determine whether the incentives offered by Canada to video games companies contravene World Trade Organisation (WTO) rules. If they do, we will pursue this vigorously through the WTO."

So, just how long will that process take? And what actions can be taken if Canada is contravening any WTO rulings? SPOnG's not a highly-paid lawyer well versed in international financial law but here's a question: why would, for example, French-based and highly successful Ubisoft, which has a studio in bloody Montreal want to encourage its government to take Canada to the WTO? Especially when its government is already offering Ubisoft huge tax breaks?

Paul Jackson, for his part is says that ELSPA is ?...glad to see Margaret Hodge looking into whether the Canadians have been anti competitive".

He continues in strikingly Victorian terms, "Going to the WTO (World Trade Organisation) is the modern equivalent of "sending a Gunboat"... So Hurray, unfortunately this gunboat takes a decade to arrive!"

So, what are we going in the 10 years before the gunboat (with all of its images of blowing up the funny foreign Jonnies so we can take their land) gets to Canada?

Surely we can't just wait? This is where ELSPA must (and surely will) come into its own as a smart lobbying force. To encourage this let's offer some praise to ELSPA for managing to get any positive mention of the UK's games industry into any government report at all. At a time when video games are being used as a sign of moral (and morale) decline in the 'yoof' of the United Kingdom rather than as a creative outlet and a place to make a career, it would have been all too easy for the Creative Britain report to entirely overlook video gaming.
Companies: ELSPA