Will it offer a complete picture? 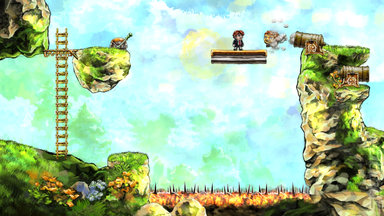 ELSPA has confirmed plans for a PC download chart in the UK - a global first. The chart is aimed at a November launch.

Publishers already confirmed to be on board include Ubisoft, THQ, Square Enix, Sega, NCsoft, Midas, Mastertronic and Kalypso. MCV, which broke the news, adds that it "understands it?s only a matter of time until their contemporaries go public with full support, too." Whether this means that other publishers are confirmed but not announced, or simply expected by MCV or ELSPA to add their support, is unclear.

ELSPA has reportedly been working on the plan, convincing publishers to share data, for the last year or so.

The data will be compiled by Chart-Track, which also handles the existing UK games charts. The key difference is that the information will be coming directly from publishers rather than retailers. That will include figures from Valve's Steam digital distribution platform - figures Valve has been reluctant to dish up in the past.

MCV further reports that, "ELSPA is also keen to get the many independent developers that publish directly to consumers via the web supporting the chart." Implicit in that statement is the catch when it comes to getting a working download chart going - it will only be a chart of games from publishers that opt in.

By getting data from a range of bricks and mortar retailers, Chart-Track can create a comprehensive chart of boxed game sales that includes pretty much everything. With the download market, the company is dependant on a plethora of digital publishers working through myriad portals providing information - a trickier proposition.

Concerns aside, it will certainly be a good thing for PC gaming to have its sales figures more properly represented. Maybe it can cast aside that 'the PC games market is dead' gloom...
Companies: ELSPA