Can Red Mile make it work? 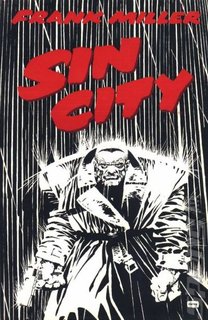 Details of exactly which platform (or platforms) Frank Miller's brutal graphic novel series will make its gaming debut on haven't been announced yet. Given the use of the Unreal Engine 3, however, everything bar the Wii and the Amstrad CPC could be up for grabs (ranting opinions to the Forum please).

Glenn Wong, Red Mile's president and COO obviously thinks the move is a good idea. "The Unreal Engine is one of the most technically advanced engines on the market and is a perfect fit for our Sin City video games", he said. "The engine has powered several of the best-selling games of all time and I am very glad we have the opportunity to arm our developers with such a world-class product."

Mark Rein, VP of Epic, said, "We have been Frank Miller Sin City fans for a long time and are pleased that our technology will be a key factor, and we?re confident that they?re going to make a great game with it."

The question, of course, is whether Red Mile can harness the engine to match the visuals of the Sin City film adaptations. Let's just hope the company doesn't have the same problems as Digital Extremes and Silicon Knights...
Companies: Epic Games Red Mile