Music to your ears... 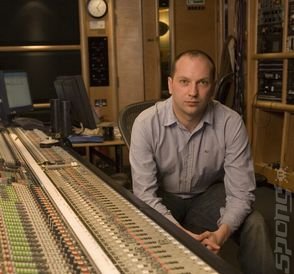 Speaking in an exclusive interview with SPOnG this week, legendary videogames music composer, Richard Jacques (Sonic R, Metropolis Street Racer and more, gave us insight to creating the score for Bizarre Creations' forthcoming, The Club, as well as a host of other juicy info from his time with SEGA and his upcoming Eidos projects.

Generally Jacques remains passionate about the industry and happy to be working with talented people. However, he also expressed some concern about how the videogames industry perceives it own products as genuine works of creativity.

"Far too often music (and audio for that matter) is still ?plugged in? at the end of a project. If people are not going to give audio the time and budget it deserves, then we are already fighting a losing battle. Fortunately I tend to work with people who do understand, but the attitudes still vary widely I can tell you."

And the marketeers get a blast as well.
"I think that many marketing people within the games industry have no idea how to market a game score or indeed the composer."