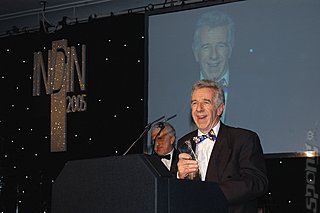 Tuesday 6 December 2005/... Geoff Heath, CEO of NCsoft Europe, has been praised for his contribution to the UK computer and video games industry. Heath was awarded the Lifetime Achievement Award at the games industry annual dinner, the InDin, on Thursday 1st December.

Rod Cousens, chairman of industry charity, the ESC, said: "I am delighted to have the honour of presenting Geoff with this award. The Lifetime Achievement Award is presented to those who have made an outstanding contribution to the games industry and Geoff more than fills the criteria. Ever helpful, his counsel is sought by many and he never disappoints."

Max Brown, sales and operations director, NCsoft Europe, said: "Geoff has indefatigable energy and his leadership style is an inspiration to all of us at NCsoft Europe. No one deserves this lifetime achievement award more than Geoff and we believe that this is the beginning of a new chapter for Geoff. Everyone at NCsoft Europe is looking forward to an exciting future."

About Geoff Heath
From a successful career in the music business, Heath's first break in the computer and video games industry came from Activision. Here, Heath was given the opportunity to build the European division of Activision where he became the first Brit in the industry to bring over US multi-nationals. After helping make Ghostbusters a giant hit, Heath took his skills to Virgin Mastertronic.

It was not long before Heath's relationships touched the investment community and he was offered board positions. The strong US relationships Heath had built up meant that he was the safe pair of hands charged with stewardship of Mindscape where he continued his US liaison. After leaving Mindscape, Heath took on the role as Non Exec Chairmanship of Climax and intrigued by technological progress and the trust of former colleagues, he has most recently, been drawn back into the thick of the industry at NCsoft Europe.
Companies: NCsoft Europe
People: Geoff Heath Max Brown Rod Cousens