ArenaNet Invites Players for a ?First Look? at Guild Wars 2: Heart of ThornsTM 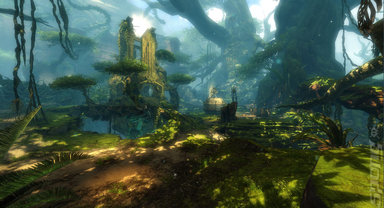 ArenaNet today published two blog posts detailing what each new feature will bring to players with the expansion. It also set the stage for the first glimpse at live gameplay on the ?Points of Interest? livestream. The livestream is scheduled for this Friday, February 6 at 21:00 CET (20:00 GMT) on the official Guild Wars 2 Twitch channel (www.twitch.tv/guildwars2).