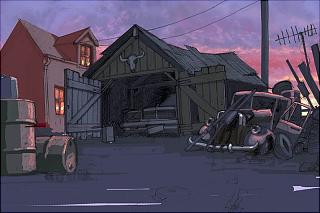 All Images (10) »
British developer, Pitbull Syndicate Ltd, who have been developing games since 1996 and consequently have a hit list of triple AAA titles under their belt, would like to announce their presence at the 4th annual Game Connection 2004. It will take place on Monday 6th and Tuesday 7th of December and will be held in: L'Espace Tęte d'Or Convention Center Lyon Villeurbanne, France. Their booth number will be N°62.

Carol Oxford, Office Manager for PitBull Syndicate said: ?Trade events such as the Game Connection are vitally important to the Pitbull Syndicate. As well as allowing an opportunity to talk to publishers directly, these events also give us the chance to see the bigger picture, to understand where the industry currently is and the direction it will take in the future?

Pitbull Syndicate will be demonstrating their in house developed proprietary k9 Game Engine. This engine?s main function is to make powerful rendering, physics and AI system with a flexible and user-friendly toolset to facilitate the creation, testing and integration of game environments quickly and efficiently.


"Pitbull has been undercover for far too long, so we are keen to show the world our exciting K9 Game Engine Technology" said: Carol Oxford, Office Manager for PitBull Syndicate. "The games industry has changed, and so has Pitbull: we have to become more aggressive. Instead of whispering under our breath ?We did that?, we will be shouting it out loud?.
Companies: Pitbull Syndicate
People: Carol Oxford