Rainbow Six 3 tournament gears up to be one of the most exciting and exhilarating tournaments of the year! 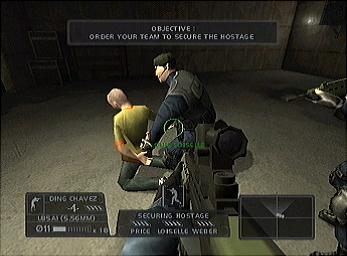 The Last Man Standing tournament receives over Ł1000 worth of prizes from leading publishers across the games industry for what?s set to be the Tournament of the Summer!

Players who take part in the tournament on the highly acclaimed Tom Clancy's Rainbow Six 3 via the Xbox Live platform will now be in with a chance to win not just a game bundle, or a t-shirt but they will also walk away with five exclusive tickets for them and five friends to visit the biggest gaming event in the United Kingdom, ever, Game Stars Live.

Ubisoft, the world?s largest publisher, is now fully endorsing the Tournament by providing support and prizes. Details of the prizes will be announced very soon.

"The Xequted.com and Last Man Standing management teams are overwhelmed with the support provided by Ubisoft, Game Stars Live and all of the publishers who have already pledged their support to the Last Man Standing Tournament. We would also like to thank the various UK based gaming communities for their support in our continued efforts to align UK based tournaments in the same field as our counterparts across the pond in the United States? Says Luke Newcombe ?Head of Communications, Xequted.com.

?Events such as these are what keep the Rainbow Six 3 community vibrant and therefore we are always eager to give our support. The dedication of our online communities has helped us reach the number 1 position on Xbox Live and events like this will help us remain there.? says Chris Easton ? Community Manager, Ubisoft.
Companies: Ubisoft
People: Chris Easton
Games: Tom Clancy's Rainbow Six 3