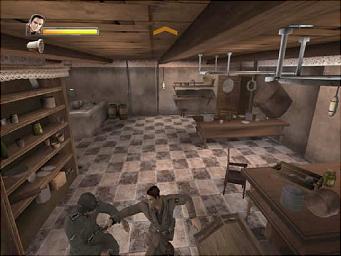 Airborne Troops
All Images (2) »
GMX Media today announced that from the 28th to 29th June 2004, the UK games publisher will be hosting an exclusive exposition event at an as yet undisclosed location in Prague. The conference and exhibition is being organised to showcase the upcoming range of titles to be published by GMX Media in the coming months.

Retailers and industry media representatives will be given the opportunity to get hands-on experience with titles on show and meet the lead producers of the games being previewed. Attendees will also be given early glimpses of great titles currently in development to be published by GMX Media.

The titles to be previewed at the GMX Media Expo will include: Specnaz, Martin Mystere, Strike Fighter, Gulf War, Seal of Evil, Airborne Troops and the eagerly anticipated Alpha Black Zero. The squad-based futuristic adventure that brings a new level of atmosphere and intrigue to the action genre on PC CD-ROM.

"We are very much looking forward to the public unveiling of many of these titles to be published by GMX Media in such a great location", quoted Andrew Muir of GMX Media. "Prague is a unique and vibrant city that is fast becoming know as one of the most entertaining hot spots in Europe to visit. We felt that Prague was very much in keeping with the spirit of GMX Media games - pure entertainment."