Ubisoft wins 9 awards out of 23 nominations: its award-winning studios get the ultimate nod from industry peers. 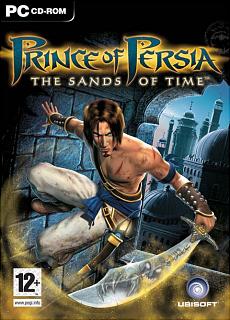 In addition to Prince of Persia and Rainbow Six 3, Beyond Good & Evil, XIII, Uru: Ages Beyond MYST, Tom Clancy's Splinter Cell and IL2 Sturmovik were also nominated for awards. Similar to the Academy Awards for the film industry, the awards hosted by the Academy of Interactive Arts and Sciences are granted by members of the video game industry.

"Ubisoft has the second largest internal game development studio in the industry and we are very proud to be recognized for producing the most creative and groundbreaking games of the year," said Yves Guillemot, President and CEO, Ubisoft. "These awards confirm our strategy of in-house development based on quality and innovation which will be taken even one step further with our new games that will be released this year. I would also like to take this opportunity to warmly thank all the talented creators who worked hard to give birth to these great products."
Companies: Ubisoft
People: Yves Guillemot
Games: Beyond Good & Evil IL-2 Sturmovik Prince of Persia: The Sands of Time Tom Clancy's Rainbow Six 3 Tom Clancy's Splinter Cell URU: Ages Beyond MYST XIII