The final short-list of nominees is announced for the Computer and Video Games Golden Joystick Awards 2003. 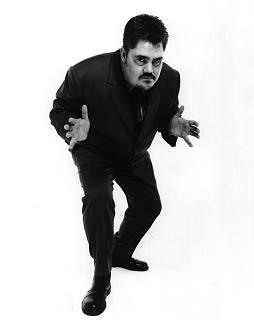 The countdown to the most eagerly-anticipated date in the UK games calendar gathers pace today, as the final nominations are announced for this year's Computer and Video Games Golden Joystick Awards.

Although there is a huge diversity in the list of games, companies and products nominated for this year's awards, two names are already edging ahead of the pack, with Rockstar's Grand Theft Auto: Vice City and Namco's Soul Calibur II setting the early pace with three and four nominations respectively. Both are in the running for the prestigious 'Ultimate Game of the Year' accolade, alongside four other notables from the past 12 months: Metroid Prime, Pro Evolution Soccer 2, Star Wars: Knights of the Old Republic and The Legend of Zelda: The Wind Waker.

"We're absolutely delighted that this year's short-list has been determined by such a strong consumer mandate," says Duncan Tickell, Group Publishing Director for Dennis Publishing. "Having already equalled just about last year's total of just over 30,000 votes cast and with more than four weeks of voting to go, not to mention the additional impact of our tie-in with MTV and a concerted effort from all nominees, we are confident that we will have smashed last year's total by the time that voting closes."

The initial 12 awards, which are directly voted for by members of the general public through the official Computer and Video Games Golden Joystick Awards website (www.goldenjoystick.com), cover almost all aspects of the UK interactive entertainment business, including publishing, hardware, online gaming and retail. These will be supplemented by additional categories supported by the Awards' media partners and those voted for by members of Dennis Publishing's editorial staff.

The 'Hardware of the Year' category will see fierce competition between Sony's innovative EyeToy device for the PlayStation 2 and Nintendo's eye-catching update to its venerable handheld platform, the Game Boy Advance SP. These two line up against the first online console offerings from Microsoft and Sony and the latest PC graphics cards from NVIDIA and ATi.

Those who are thinking of taking a flutter on which game will win the race for the all-important 'Christmas Number One' chart position might find a few pointers in the short-list for the 'Most Wanted Game for Xmas 2003' category, where the nominees are F-Zero GX, Mario Kart: Double Dash!!, Pro Evolution Soccer 3, Star Wars: Rogue Squadron Rebel Strike and WWE Smackdown! Here Comes the Pain.

And some indication as to where the Great British public will be getting their hands on these games may come from the 'Games Retailer of the Year' category, which will see the high street represented by Gamestation, GAME and Toys 'R' Us, facing off against the virtual emporiums of Amazon.co.uk, Gameplay.com and Play.com.

With the final short-lists now in place, voting will continue until the final closing date of November 21st. The winners will be announced at the Golden Joystick Awards ceremony, which will be hosted by Phill Jupitus and will take place at London's Park Lane Hotel on Friday, November 28th. This year's awards ceremony will be filmed by MTV for broadcast in a special edition of the channel's movie and games programme, Screenplay (www.mtv.co.uk/screenplay) on Friday, December 5th.